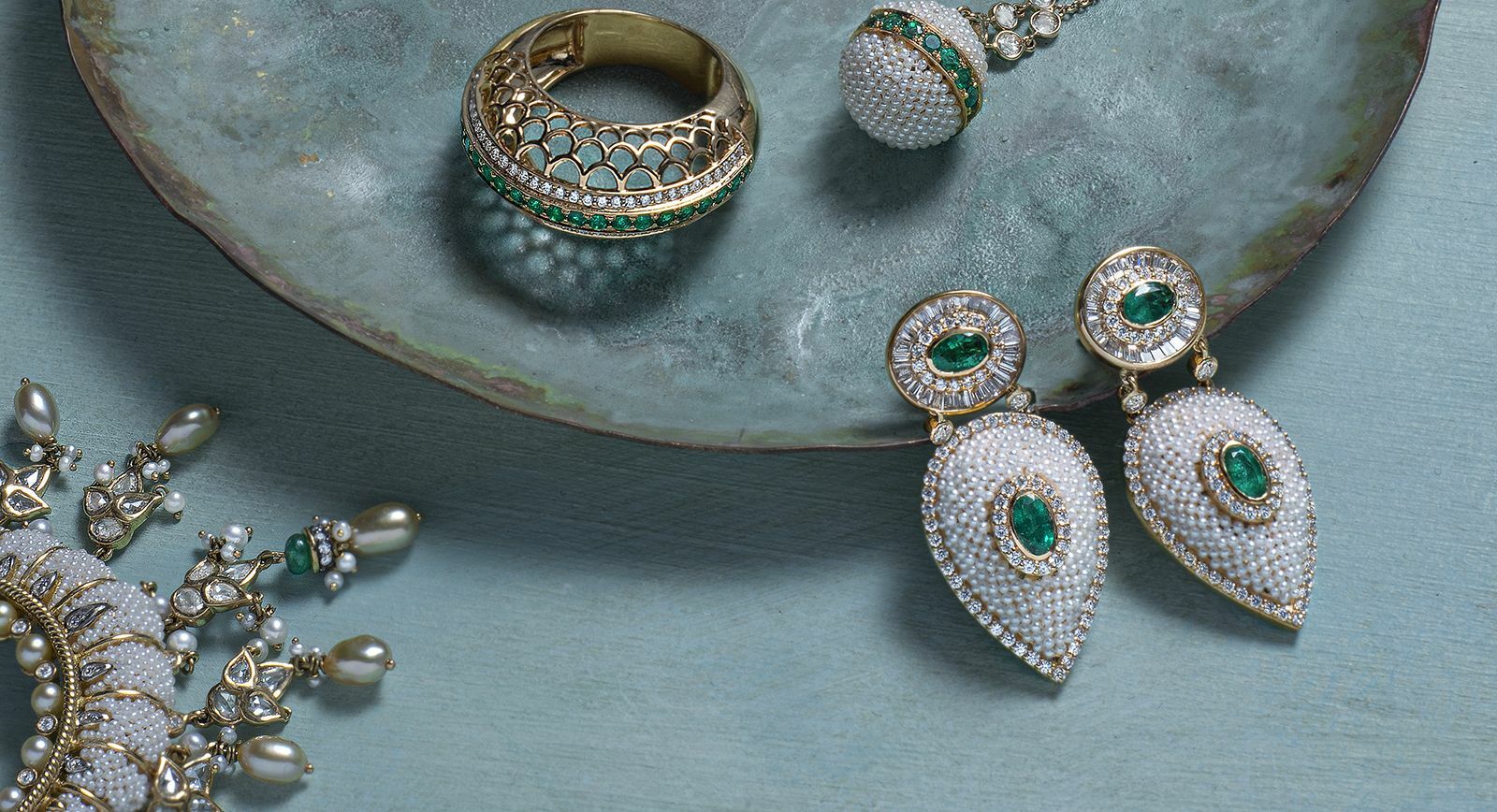 In India, jewelry has always been considered part of life. Since ancient times, Indians have adorned themselves with gold, silver, pearls, diamonds, gems, etc. These days, Indian designers have taken the art form of creating fashion-forward jewelry to new heights by using materials such as precious stones, semi-precious stones, metals, and wood.

Contents
Reasons for the popularity of Indian Jewelry Indian traditional jewelry has been popular since the colonial era.Indian Jewelry is known for its intricacies.Women and jewelry.A quintessential part of Indian culture. Famous in the Hollywood industry too The distinctiveness of traditional Indian jewelryThe Bottom Line

Indian jewelry designs have become immensely famous worldwide because they are unique and beautiful. The beauty of these pieces lies in their simplicity and elegance. They never try to look flashy or over-complicated but focus on their core elements. Indian designer jewelry is also known for its craftsmanship, quality, and durability. Because of the long history and rich heritage of India, Indian designs incorporate traditional motifs and symbols of India into modern creations.

Reasons for the popularity of Indian Jewelry

Indian traditional jewelry has been popular since the colonial era.

India seems to have a lot to give the west because it is the most fascinating and diversified country on earth. Of course, traditional Rajasthani jewelry is one of the most well-known jewelry designs.

These are well-liked both domestically and internationally. The Kundan, the stone-studded ornaments that shimmer and enchant people, is another popular type of Indian jewelry. Designs for Kundan jewellery are created to depict a fusion of the old and modern worlds.

Indian Jewelry is known for its intricacies.

Indian designers have always created stunning pieces with intricate patterns and exquisite detailing. These distinctive creations are often seen in film sets around the globe. The country also has a long tradition of creating handmade jewelry, particularly necklaces.

The desire for jewellery is typically considered a feminine trait, yet this is not necessarily the case. No matter their gender, humans have worn jewellery in many forms from ancient times. This demonstrates unequivocally that they were symbols of affluence and aristocracy and did not relate to a person’s sexual orientation. There are no longer any restrictions on the jewelry sector based on gender.

A quintessential part of Indian culture.

Since the dawn of the culture, jewelry has played a significant role in Indian society. Even though India only produces 1% of the world’s gold, its population is estimated to own roughly 11% of it in jewelry. Since the skilled workmanship of Indian artisans has made jewelry of every kind popularised worldwide, the demand for gold ornaments is no longer limited to India. The range of jewelry, both expensive and affordable, is evolving significantly. The blending of modern and traditional has given decorations new dimensions, increasing their appeal and, of course, their acceptance worldwide.

Famous in the Hollywood industry too

Several well-known Hollywood celebrities also wear and display their appearance, giving Indian workmanship a global audience. Neckpieces, rings, and bangles are all now worn regardless of the kind of clothing, and this is because we live in a time of change and cultural fusion.

The distinctiveness of traditional Indian jewelry

There are several types of ethnic jewelry, including handmade, Kundan, Jadau, ivory, Lac, Meenakari, and filagree.

For both their value and artistry, all of them are incredibly well-liked worldwide. Each of them owes its roots to diverse regions of the nation, thereby enhancing the essence. Tribal jewelry is another highly well-liked type of adornment made from materials like clay, wood, shells, scrap metal, bones, and other natural materials. The most intriguing thing about these jewelry pieces is that, while not being made of pricey metals or stones, they nonetheless maintain their distinctiveness and are just as popular as anything else.

The following are some elements that contribute to Indian jewelry’s popularity in the international market:

India has many diverse and colorful traditions, and each of its states has its own style of traditional jewelry. Both domestically and internationally, each item of jewelry has popularity. Why Should You Consider Using Pre-Stretched Braiding Hair?
Next Article